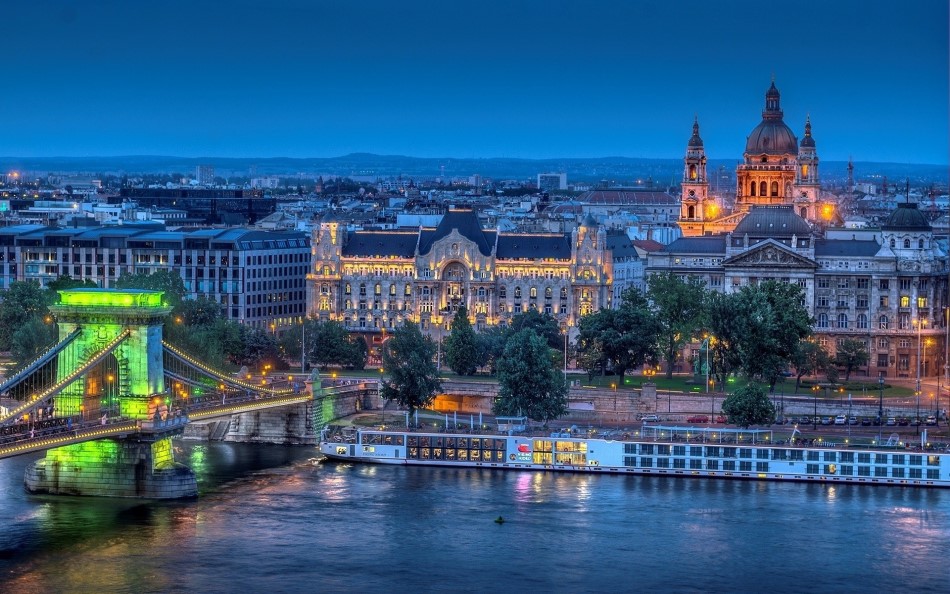 It is intriguing that the industrialized nations of the world have numerous affluent cities situated beside rivers. The most crucial location for water supply and drainage – both necessary for a city – are rivers. As is well known, the world has produced some of the most magnificent civilizations, such as the Egyptian civilization along the Nile, the Ganges civilization in India, and the Yellow River civilization in China. So why were cities built near rivers? Welcome to ariversside in search of answers!

Sustainability of Rivers over the years

Cities must have access to water in order to thrive, grow, and expand. Food is a necessity for all cities, and the more food there is, the better. Coastal towns benefit from increased access to the plants and animals that live in the bodies of water they are attached to, in contrast to inland communities, which can only rely on agriculture, foraging, and hunting.

After settling down, individuals can concentrate on less urgent matters, such as food, to study technology advancements to save labor, as well as many other facets of contemporary civilization. A favorable response to population growth results from food surpluses. As a result, towns and colonies can accommodate more residents than previously. The most prosperous or conveniently positioned locations may someday grow into the world’s largest metropolis.

Cities are Taking Advantage of the River’s Benefits

It should go without saying that having access to water is a necessary resource for developing a city. In actuality, the ocean is only a few tens of kilometers away from 14 of the top 15 largest cities in the world. They are frequently positioned just over or very near a source of fresh water, such as a lake, river, or natural spring.

The majority of cities were first established around rivers, which served as transportation corridors for people and commodities as well as sources of fresh water. The Seine in Paris, the Thames in London, and a third of the surface of the New York City region, for instance, are all bodies of water.

We may soon have a different perspective of rivers thanks to a growing trend of turning waterways into play areas. People from Zurich and Copenhagen were able to cool off in the river after lunch. There are proposals to create parks, bike trails, and art projects along the LA River.

Why were Cities Built Near Rivers?

Since rivers are crucial to the city’s survival, many of the oldest cities in the world have grown up alongside them. Rivers are places to find clean, potable water. In addition to being used for irrigation, which is crucial for food production, rivers serve as a natural habitat for both plants and animals.

The best natural topographical feature for moving cargo is a river. In addition to being more effective than road transport, water transport is also less expensive to pursue. Cities that were close to rivers enabled for water transportation, which was significant in antiquity and many eras that followed.

Rivers also provide support for essential natural processes for the city. By releasing moisture into the environment and offering shade, vegetation that grows along rivers is believed to have a cooling impact that helps keep surface and air temperatures down.

Resilience to flood disasters is another benefit of vegetation. Large amounts of water are absorbed by the majority of plants that grow along riverbanks, reducing the impact of flooding that may otherwise be harmful to people or buildings.

Rivers provide cleanliness in addition to easier access to food and water. A river can transport all the dirt and debris, aid in waste disposal, and stop the spread of illness. Finally, rivers foster social interaction, provide recreational possibilities, and link communities.

The Southern region of England is home to the River Thames. The Thames is the second-largest but most significant river in the UK, measuring 346 kilometers in length. Additionally, London, the nation’s capital, receives the majority of its water from there. In the city of Oxford, the four tributaries of the Isis, Churn, Colne, and Leach rivers came together to form the River Thames. The river empties into the North Sea after flowing through a number of other towns and enters London from this location.

When you arrive at the River Thames, you can get a panoramic view of the charming city of London. Additionally, you can find some of the most stunning examples of British architecture by simply strolling along the Thames in London. For instance, the Millennium Bridge, Tower Bridge, Big Ben Clock Tower,…

The longest river in the world with deep water is the Nile, which flows through Africa. The Nile River enters the Mediterranean Sea just to the north of Cairo, Egypt, running north from its location close to the equator. Although the Amazon River in South America is a little shorter than the Nile, it contains a lot more water. Cairo, the greatest city in Africa, is situated at the northernmost point of this enormous delta river triangle, on both banks of the Nile River.

Cairo, which is situated on the banks of the fabled Nile, is well-known and well-known throughout the world for its rich, interesting history and several enigmatic legends. Cairo is also known as the “city of a thousand towers” since the entire city is home to more than a thousand churches and towers, many of which are connected to stories of famous rulers. Cairo experiences different weather throughout the day and at night. The nights are cold because of the wind coming from the Nile, even though the days are very dry and scorching. Here, it only rains throughout the winter.

The Ganges is a 1560-mile-long river that rises in the western Himalayas of India, flows through Varanasi, India, and empties into the Sundarbans plain in the Bay of Bengal. The Ganges is regarded as India’s national river due to its significant mythological and historical significance. The city of Varanasi comes with its splendor and welcoming charm on the fabled Ganges River. The daily scene of pilgrims being baptized and praying is a characteristic of this location.

One must include the Ganges when discussing Varanasi. According to Hindu mythology, the Ganges river flows from heaven to earth. Hinduism holds that heaven, from where the Ganges originates at the Himalayan summit, is where it truly belongs.

After the Volga, the Danube is the second-longest river in Europe with a length of 2,850 km. Danube passes by numerous cities in nine different countries. wherein Babartravel can identify 4 capital cities. These are Budapest, Belgrade, Vienna, and Bratislava in Slovakia (Hungary). The river flows lyrically and complements this historic city.

If Egypt views the Nile as its source of life, Budapest residents are equally proud of the Danube. In Budapest, Hungary, the Danube is referred to as the “Queen of the Rivers.” The city is split in two by the river. The Buda region, where there are tranquil, old castles, located on the right of the river. The remainder of Pest has a cheerier, busier aspect and features numerous Middle Ages-era pieces of architecture.

By now you probably know why cities were built near rivers. Rivers are the most crucial location for water supply and drainage, which is a must for a city. Rich, vibrant cities and sub-urban regions have sprung up along the river’s edge thanks to the rivers of trade. In other words, a city is created at the source, which is the river.

Learn more: Which is The Most Beautiful River in The World?